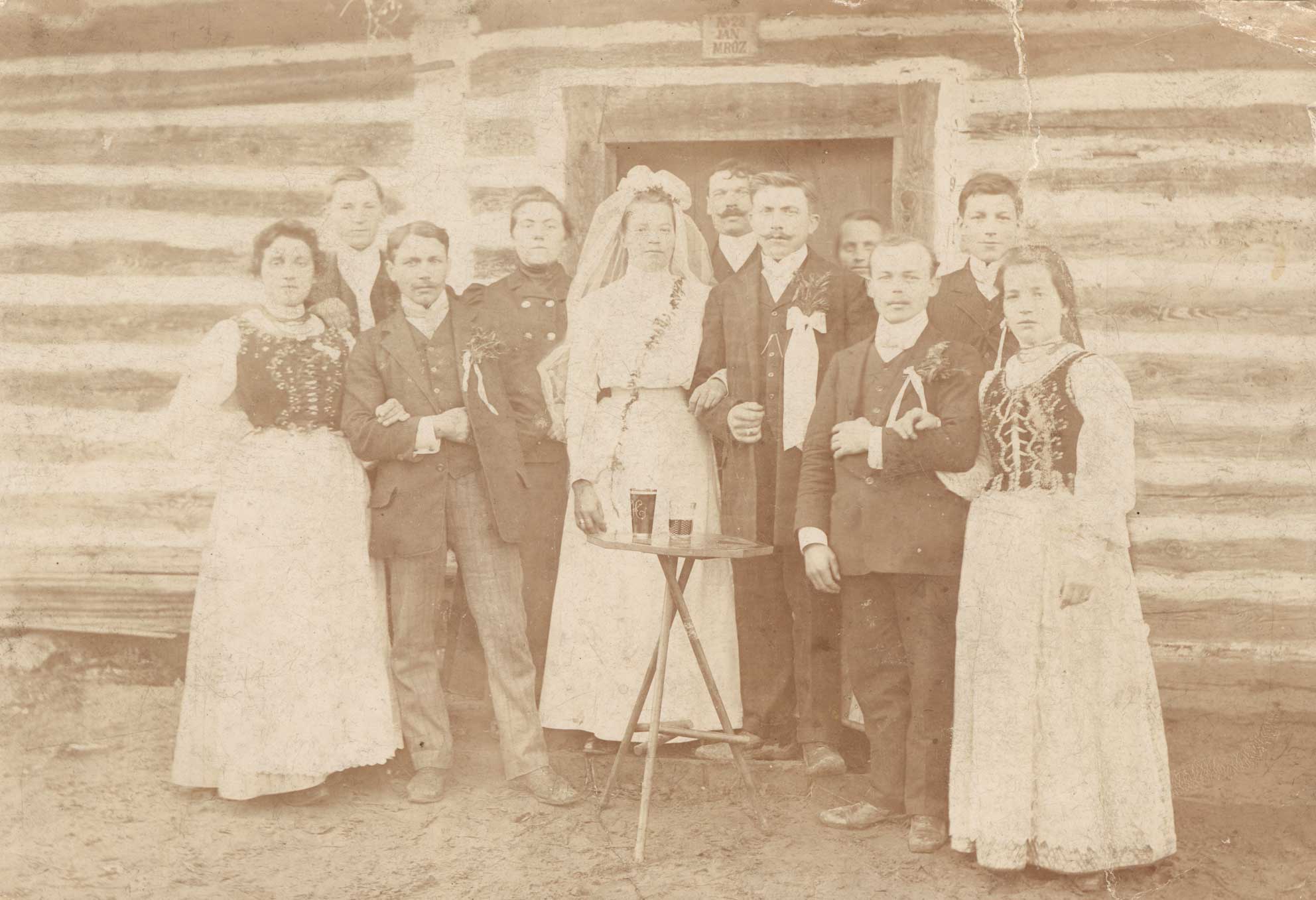 As I said earlier, I was determined to find out what had happened to the house and its inhabitants. Was the house still there? Did any descendants of the others in the photo exist? Who were the bride and groom? Were my great grandparents in the photo? Let’s backtrack. There is a sign above the door – Mroz – and the address. I searched the internet and found that the street and house number did exist on Google Earth, but I couldn’t tell at that time what was there. Eventually I found some photos of the area taken by Kasia Klimek. I wrote to her and told her of my research, and she kindly went and took photos of the entire area! Years later, my daughter, Rosanna, was in Poland on a business trip and took photos of the building as it is now. Sadly, the old house is gone, but I am happy to see the area looking prosperous.

I found the three photos below in two envelopes my mother had saved. The house is obviously the same, but the address number had changed. I assume that is because more houses had been built there. On the back of the tree photo was written in Polish “The only tree left standing after the bombing”. The group photo said “Magdalena Szymanski”, but I am not sure if she is the older woman (who looks very much like my grandmother) or the younger woman. I don’t know if the younger woman is a daughter or daughter-in-law. Also note the two young boys off to the side. I would like to find out who they are. I’m sure one of them must have had children. The lone woman in the other photo is probably Magdalena. It looks like she is sitting under that same tree. 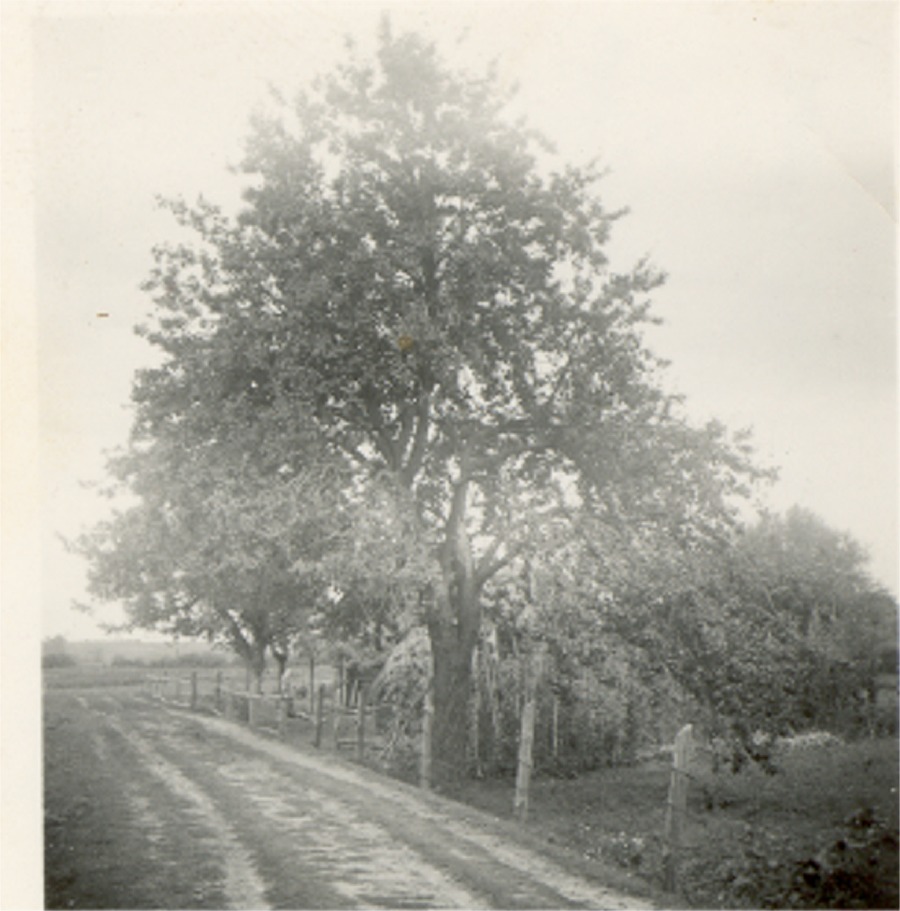 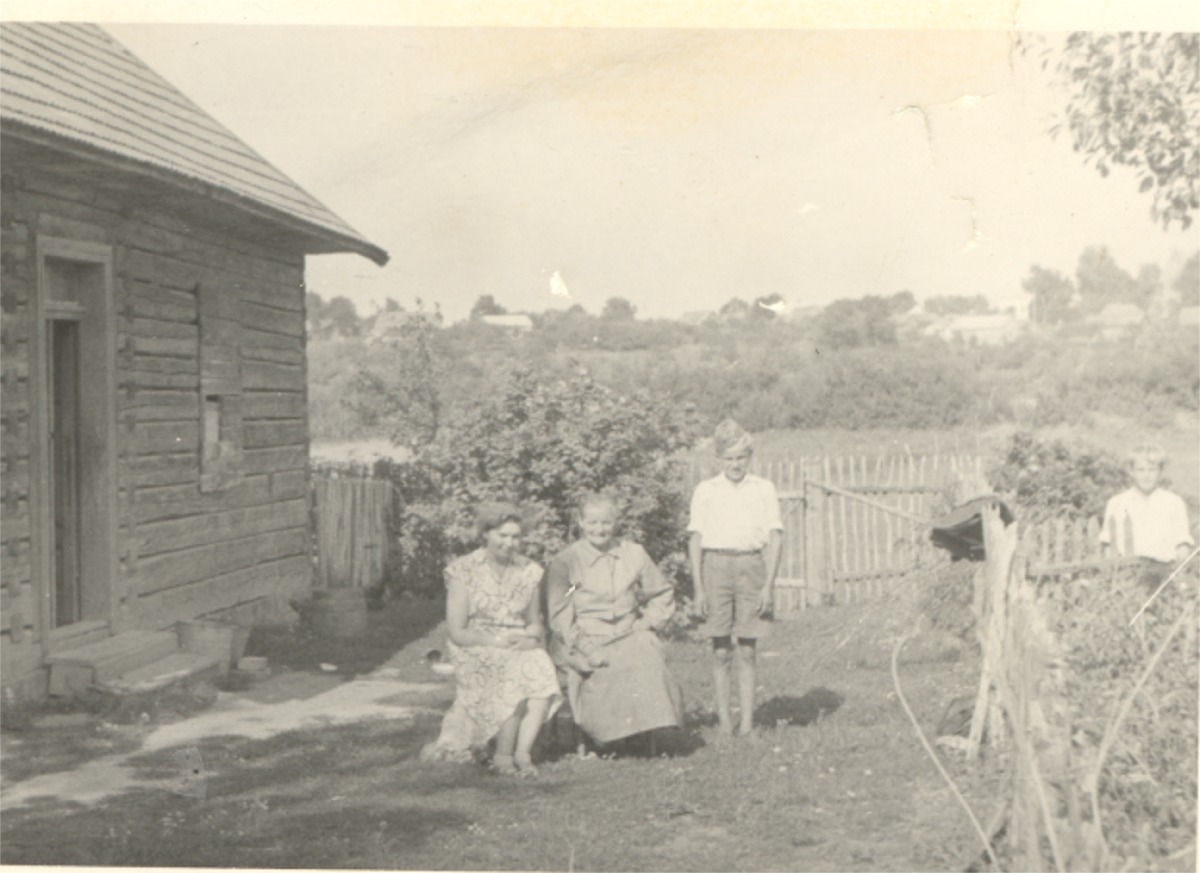 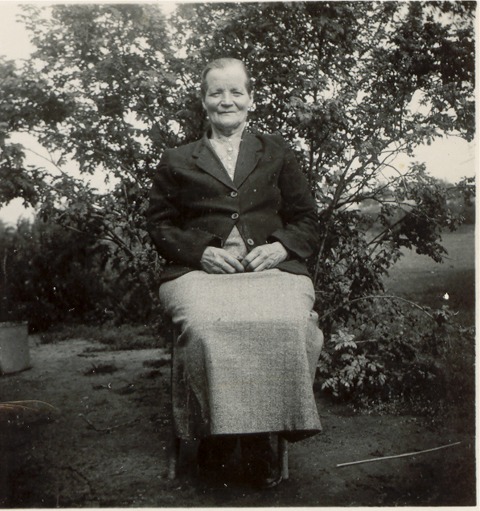